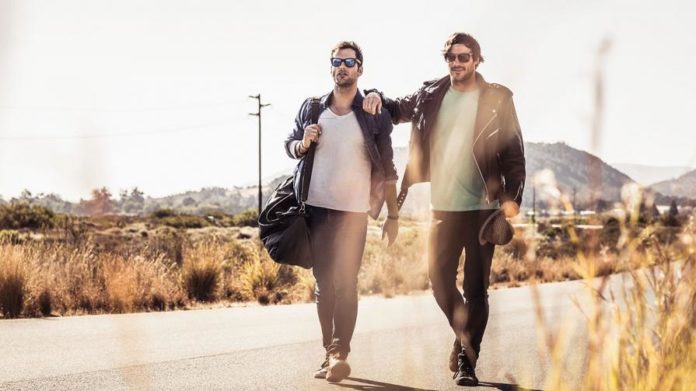 Apparently Saturday nights are for the boys, too.

Straight men officially prefer bromance to romance, according to a new study in Men and Masculinities.

When researchers surveyed straight undergrad men, they found that the majority of guys reported their close friendships with other dudes to be more emotionally satisfying than their romantic relationships.

“The guys we interviewed said that their bromantic friendships were less regulated and less pressured. So while in a romantic relationship, these men felt they have to maintain a better version of themselves; in their bromances, they can remove the mask and expose more of their anxieties or vulnerabilities without fear of judgement and repercussions, like the withholding of sex or drawn-out arguments,” explains study author Adam White, Ph.D., lecturer at the University of Bedfordshire in the U.K.

Also: “Bromantic” is apparently now an academic term. So there’s that.

That may be why another study from White’s team found bromances are on the rise, with significantly more dudes reporting a bestie now than two decades ago.

“The guys we spoke to were clear to distinguish the difference between friends and a bromance, with a bromance being significantly more important. Essentially they are an equivalent to a romance, with the exception of sex,” White says. Bromances generally involve shared interests, emotional intimacy, and physical tactility.

Of course, it’s important to note that these results come from undergrad males involved in sports, most of whom are comparing the breeziness of bromances to the “expectations and pressure” (as the study participants put it) of a 20-something girlfriend as opposed to a long-term, committed life partner.

But White points out that we’re living in a special era for male friendships: “The young men today are growing up in a time whereby having close and intimate, albeit non-sexual, relations with other men is widely accepted and normal, and no one would consider them to be homeosexual or weird for doing so—which is vastly different to previous time.”

And that’s a great thing: In addition to having someone you can be your unguarded self around, having a best bud boosts your brainpower, pain tolerance, and sleep quality, while also decreasing your risk for heart attacks and early death.

The Case Against a Cheat Day

Diet and Healthy Recipes – Video : How to lose weight fast The...

Diet and Healthy Recipes – Video : How to Lose Weight on Flat...